BYD, the Chinese carmaker that recently overtook Tesla as the world's largest electric vehicle maker, more than tripled its first-half profit on the back of a 300 percent jump in sales. In the process it handily beat analysts' estimates.

Net profit from January to June hit 3.6 billion yuan (US$520 million), compared with 1.17 billion yuan a year ago, while revenues rose 65.7 percent to 15 billion yuan, according to its interim report published after the market close on Monday. 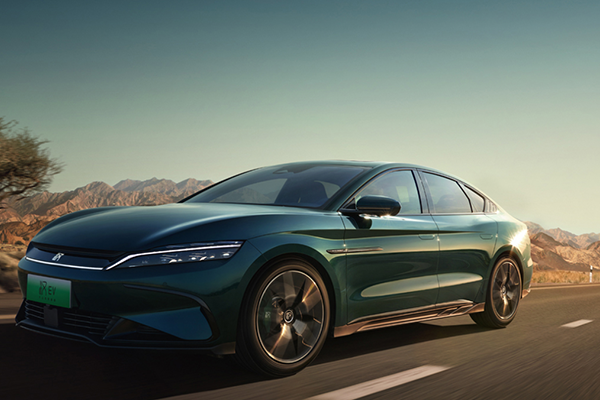 BYD achieved its first-half profit despite a strained automotive supply chain when citywide lockdowns in Shanghai and Changchun, the two major car-making bases in China, forced thousands of assemblers and component makers to at least partially suspend production between March and May.

Tesla's basic Model 3, assembled at the company's Gigafactory 3 in Shanghai, sports a price tag of 279,900 yuan and has a driving range of 556km.

Shenzhen-based BYD, whose factory Chinese Premier Li Keqiang visited on August 17, sold 641,000 pure EVs and plug-in hybrids in the first half, a 300 percent jump year on year. It outsold Tesla's 564,000 units in the same period to become the world's largest EV seller.

In the mainland's new-energy vehicle (NEV) market – which comprises pure electric, plug-in hybrid and fuel-cell cars – BYD took a 25.7 percent share in the first half.

The company, established in 1995 as a battery manufacturer, began building cars in 2003 and has evolved into a major carmaker in China.

It is now known for its blade lithium iron phosphate battery packs, which have been well received by Chinese drivers and car assemblers.

The battery cells are arranged in such a way that it increases energy density while enhancing resistance to overheating.

The blade batteries have also been supplied to Tesla's factory in Berlin. The first batch of Tesla vehicles fitted with BYD blade batteries are expected to hit the market in early September, according to the Chinese news site Sina Tech.

BYD is believed to have the potential to gain a solid foothold in the global market, buoyed by its strength in car batteries.