Warren Buffett-backed BYD Co., which has emerged as a formidable rival to Tesla Inc., more than tripled its sales of passenger cars in July to more than 162,000 vehicles from a year earlier, the China Passenger Car Association said Tuesday. BYD's own data shows about half of those were pure electric and the rest hybrids. 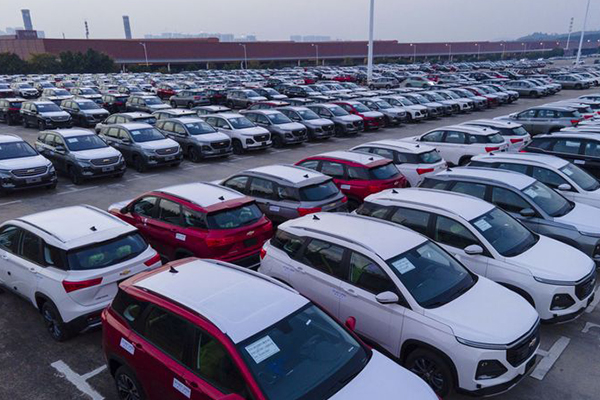 Tesla's China unit saw sales fall 14% last month from a year ago to just over 28,000 cars, the association said. Nearly 20,000 of the Shanghai-made vehicles Tesla sold were exported to markets outside China, the group said. Tesla has had a bumpy year following a Covid-19 lockdown in the spring and an upgrade to its Shanghai gigafactory that partly halted production last month.

A number of lesser-known Chinese startups are also emerging in a wider field of competitors, with some clocking up record sales last month. Hozon Auto, Leap Motor and Seres Group Co., which codevelops EVs with Huawei Technologies Co., each sold more than 10,000 cars in July, the companies said. BYD, Hozon and Leap all have models available for prices starting at around a third of Tesla's cheapest vehicle.

Demand for lower-priced electric cars is growing in China's lower-tier cities, which helps the sales of local brands, said Jing Yang, auto analyst at Fitch Ratings. She said the competitiveness of brands will eventually be determined by the prices and intelligent features of models as well as their understanding of local drivers.

Overall Chinese sales of new-energy cars, which include electric and plug-in hybrids, surged 117% in July from a year ago to 486,000 vehicles, the car association said. It raised its sales forecast for the segment this year to six million vehicles from 5.5 million cars. That would double last year's sales, when China accounted for more than half of sales globally.

China's leaders have been rolling out incentives for car buyers to boost sales as the government looks to the auto industry to help revive China's slowing economy. Electric-car sales are proving robust as global fuel prices remain high and consumers take advantage of government subsidies.

Beijing's efforts are spurring a bounce back from a contraction in the industry from March to May when auto-supply chains and production were largely disrupted by measures to contain Omicron outbreaks, with some factories shuttered in Shanghai. As China's electric-vehicle market booms, competition is becoming increasingly intensified.

Sales of new-energy cars have been doubling monthly for most of the past two years and they now account for 27% of the overall passenger-car market in China, according to data from the association.

Chinese car giants are taking the lead ahead of foreign companies such as Tesla and Volkswagen AG. SGMW, a joint venture between General Motors Co. and Chinese state-owned SAIC Motor Corp., said Monday that it has sold more than one million electric and plug-in hybrid cars since 2017. Its flagship tiny EV, Wuling Hongguang Mini, is among the best-sold models in China.

Shenzhen-based BYD, which stopped making traditional combustion-engine cars in March, has been a major beneficiary of rising demand, reigning as the biggest EV maker by vehicles sold in its home country since last year.

China's State Council said last month it will extend tax exemption on the purchases of new-energy vehicles, a policy that was originally set to expire at the end of this year.

Government stimulus will continue to boost car sales in August, which is likely to bring the market back to growth for the year, said Cui Dongshu, secretary-general of the car association.

Uncertainty still clouds auto supply chains. William Li, chief executive of NIO Inc., one of China’s leading EV brands, said last month that a component shortage has led to cutting production by thousands for one of its sedan models in July.