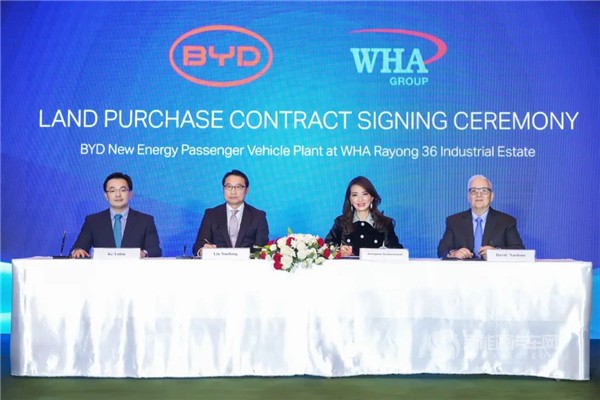 BYD plans to build the plant in Rayong, a province in Thailand’s industrial east, according to a media invite to the signing ceremony.