Hefei, capital of eastern Anhui province, has become home to the Advanced Technology Application and Promotion Centre (ATAPC), a new initiative formed by the central government to pull together resources needed for various state-of-the-art tech programmes.

The National Development and Reform Commission (NDRC), the economic planning agency under China’s State Council, and Hefei’s municipal government made the joint announcement on Sunday. The center's focus includes unmanned systems on air, sea and land; a trading and reservation platform for various electronic components and semiconductors; and an e-prescription and drug-transaction settlement system.

This comes more than a week after Hefei hosted the 2022 World Conference on Integrated Circuits, which was jointly organized by the Anhui provincial government and the Ministry of Industry and Information Technology. 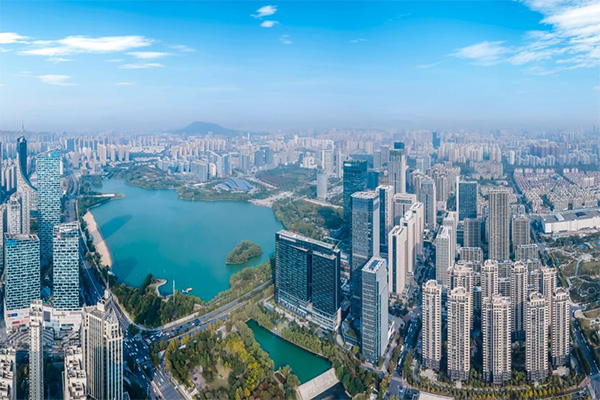 The NDRC announcement, however, has come as a surprise because the southern tech hub of Shenzhen in January was given autonomy to set up a global trading platform to support real-world applications of the latest scientific developments, which followed the city’s designation in 2019 as location of the country’s fourth major national science centre.

The ATAPC, which will serve as a kind of brain thrust to support the nation’s vast downstream manufacturing apparatus, signifies the central government’s mandate to build up the hi-tech research capacity in Anhui, according to Wang Qingxian, governor of the province.

The ATAPC, which will serve as a kind of brain thrust to support the nation’s vast downstream manufacturing apparatus, signifies the central government’s mandate to build up the hi-tech research capacity in Anhui, according to Wang Qingxian, governor of the province.

At the centre’s launch on Sunday, Wang was quoted by local media as saying that its goal would be “to contribute to national research and innovation” programmes. Similar centers are expected to be set up later in other parts of the country, including in the Greater Bay Area.

The ATAPC is expected to help establish hi-tech collaboration among research facilities and universities, state-owned enterprises and private firms on a range of activities, including aviation, biomedicine, trusted computing, and new energy and materials.

The elevation of Hefei to a prominent national role, as home to a major technology initiative, reflects the intense competition among local governments to become new beacons of hi-tech development, with an eye to rival Shenzhen’s transformation into China’s Silicon Valley.

Hefei has been supporting tech-intensive manufacturing enterprises to help grow its economy. The city, for example, has become a base of operations for 300 new energy vehicle companies at the end of 2021.