BYD to Cooperate With Eight NEV Dealers in Mexico

Chinese automaker BYD held a media event in Mexico on November 29, during which the firm’s Han sedan and Tang SUV debuted in the country. These vehicle models are expected to be launched in Mexico in 2023. 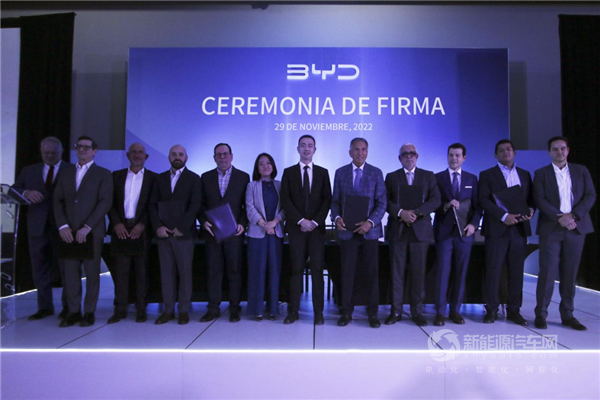 According to a report, Zou Zhou, the head of the company’s Mexican division, revealed that next year, the firm will begin selling fully electric versions of its Tang SUV alongside its Han sedan through eight dealers across Mexico. The company hopes to sell 10,000 vehicles in Mexico in 2023 and between 20,000 and 30,000 in 2024. Its long-term goal is to reach around 10% of the country’s total market share. 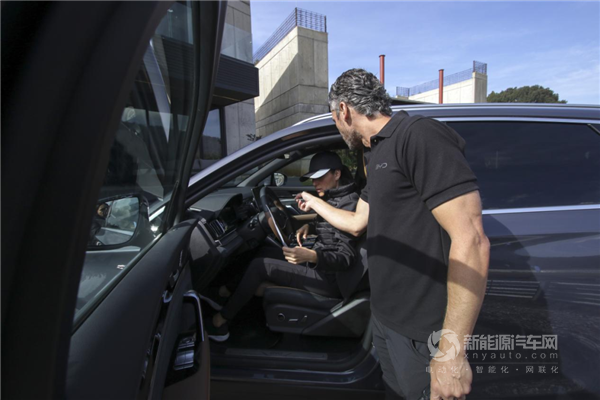 Since the beginning of this year, BYD has been accelerating its layout in overseas markets. Not long ago, the firm brought three models – the Yuan Plus (or Atto 3 in global markets), Han and Tang – to the Paris Auto Show. At the same time, the company signed a cooperation agreement with Sixt, a leading German car rental company, under which it will provide NEV rental services for the European market. Sixt will purchase at least 100,000 NEVs from BYD throughout the next six years.

In Asia, BYD built a passenger car factory in Thailand, which will start operation in 2024 with an annual production capacity of 150,000 vehicles. The Yuan Plus, Dolphin and Seal models of BYD will be on sale in Japan in 2023. In the South American market, the company cooperated with Saga Group, the largest automobile dealer in Brazil, and the first store was built in the Brazilian capital, which will introduce Tang EV, Han EV, D1 and Song Plus-DMi models to the local market.

According to public data, in October this year, BYD exported 9,529 passenger cars, an increase of 23.2% from the previous month, including 705 Song series vehicles and 7,130 Yuan series vehicles. 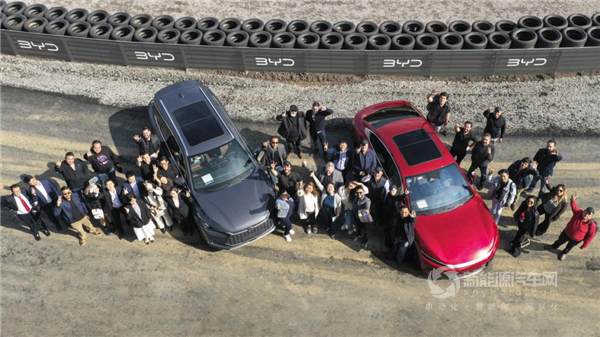 More and more Chinese car companies have been entering the global market. According to the latest data from China Association of Automobile Manufacturers (CAAM), from January to October this year, 2.456 million vehicles were exported, up 54.1% year-on-year. Among them, 337,000 vehicles were exported in October, up 46% year-on-year. This is the second consecutive month that it has exceeded 300,000 vehicles after exporting 308,000 vehicles in a single month in August, setting a record high.

According to industry insiders, with the policy of resuming work and production amid the pandemic situation in China, more and more NEV brands have gone abroad, gaining further recognition in overseas markets.