On July, 29, BYD officially released its brand new electric sedan car, Seal with four different configurations. According to China Light Vehicle Test Cycle (CLTC), Seal is able to drive 550 km, 650 km and 700 km. Based on its configurations, Seal is priced between 209,800 RMB and 286,800 RMB. 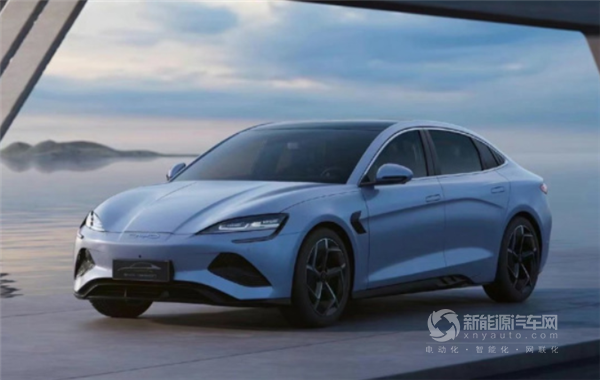 With a length of 4,800 mm, a width of 1,875 mm and a height of 1,460 mm, Seal has a wheelbase of 2,920 mm. The biggest highlight of Seal is its CTB (cell to body) technology, which further integrates blade batteries with vehicle’s body. With a more simplified body structure, Seal has further improved its body strength (its torsional rigidity: 40,500 N.m) and overall safety standards. It is equipped with a host of advanced technologies, including iTAC intelligent torque distribution technology, rear drive/four-wheel drive, front double wish bone, five-link rear suspensions, etc. It takes only 3.8 seconds for the vehicle to reach a speed of 100 km/h from a standstill.

As one of the fist products built on BYD e-platform 3.0, Seal has become a highly sought-after sedan car since its pre-sale in May. So far, it has received combined orders of over 60,000 units. According to BYD, Seal sedan cars are produced in BYD Changzhou and the first unit Seal will be handed over to customers in August.